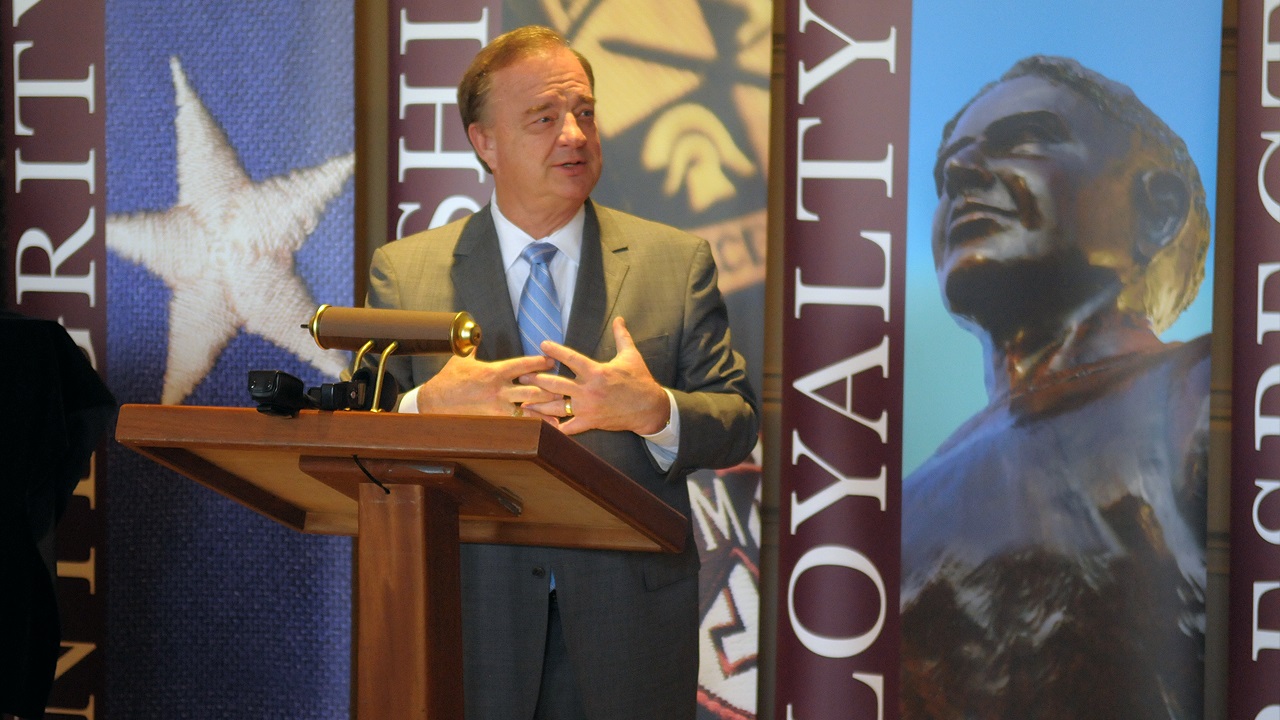 Thanks, Gary Gillen for providing this article from TexAgs.com:

The Texas A&M University System, which includes about one-fifth of the state’s college students, was allocated about one-third of the funding appropriated to higher education through two generous House Bills.

Billy Hamilton, the CFO of the Texas A&M system, said the A&M system was appropriated $2.3 billion with the main campus receiving $650 million, which is roughly $100 million more than was allotted in the previous session two years ago.

Texas A&M agencies were appropriated $913.9 million. Also, a research fund in excess of $140 million was created to benefit Texas A&M and the University of Texas.

“I’ve seen a lot of sessions. This was one where the leadership was really open and welcoming and saw the value of investing in higher education,” said Hamilton, a former deputy state comptroller. “I think it had a lot to do with the work that Chancellor (John) Sharp and other members of A&M’s government relations team did in making the case for it.”

Sharp, who served as Texas Comptroller of Public Accounts from 1991 to 1999 and in the State Senate and House of Representatives from 1979 to 1987, said A&M benefited more from this legislative session than any other he could remember.

“I would venture to say this was the best legislative session for Texas A&M since I was a member of the Legislature,” Sharp said. “That was a long time ago.”

“I do think it was a very positive session for the A&M system and all related agencies — ‘The Aggie Agencies’ as everybody calls them at the Capitol,” said Ashby, a former A&M Yell Leader. “No question, this was a tremendous session for the A&M System, but this was really a superb session for all institutions of higher education.

“It was a session in which all the stars aligned. We had this overwhelming sentiment in the House that we would invest to meet the needs of our institutes of higher education.”

“They appreciated the fact that we did more than anybody else in terms of trying to save money, outsourcing and using third parties to pay for some of our buildings,” Sharp said. “They rewarded us for it.”

One of the ways A&M benefited most was House Bill 1000, which established the $147,075,793 Texas Research University Fund. That fund is only available to Texas A&M and the University of Texas.

The state will contribute $1 million into the fund for every $10 million that Texas A&M and Texas gets in Federal and private grants.

“The problem has always been that schools compete with one another to get state dollars,” Otto said. “We tried to come up with a fair system for the two flagship universities. We didn’t want to rob Peter to pay Paul and bring the other two (A&M and Texas) down.”

Otto, an A&M graduate and former drum major in the Aggie Band, also fought to have more funding for Texas A&M agencies such as Engineering Experimentation, Agriculture and Forest Services.

“Our two primary purposes of higher education are to train our work force and also do research that benefits the entire state,” Otto said. “Look at the demand we’re going to have in this state over the next 20 years. We’re nowhere near producing the number of engineers we’ll need right now.

“I applaud Texas A&M for coming up with a plan to produce more engineers. Other universities are also coming up with programs to boost their engineering production.”

As Otto campaigned to increase funding to Texas A&M, he had a strong supporter in Ashby and Rep. John Raney (R-College Station), who was also on the House Appropriations Committee as well as the Higher Education Committee.

Raney supported HB 100, which provided $75 million to A&M’s main campus for the construction of a Large Animal Biocontainment Safety Lab that will be connected to the Veterinary Diagnostic Lab.

Furthermore, $5 million was allotted to help fund a $65 million Center for Infrastructure Renewal.

“They will do research on highways to find materials that stand up better and are less expensive,” Raney said. “A&M does a good job with their money. We all wonder sometimes how government spends their money; it seems to be we’re getting a good return on our investment from A&M. They’re graduating great kids that are smarter than I’ll ever be and we’ve got great research going on.”

Senator Charles Schwertner echoed that it was a tremendous session for Texas A&M and for the state.

“I think it was a great session for the Aggie nation,” he said. “A&M got significant state appropriations for infrastructure development on campuses in the system and three percent increases in formula funding. I think it was a significant win for Texas A&M and the A&M University System.”

He felt that victory was a necessity for the state’s future.

Having Aggies like Otto and Ashby in important positions on the House Appropriations Committee obviously behooved A&M, but Ashby believes the A&M System would have received the funding regardless.

“In my humble opinion the nation sees and the world sees the cutting-edge research and innovation coming out of A&M,” Ashby said. “I think by and large people understand Texas A&M is committed to providing the best education possible and has a mission of advancing the needs of Texas and providing cutting-edge research to be competitive in an increasingly global climate.

“A&M will continue to be recognized as a world leader on providing breakthroughs, whether in medical research, engineering or whatever.”

Of course, some opposed the additional funding for A&M.

“There was a senator or two that thought we were giving A&M special treatment,” Otto said. “You always meet some resistance along the way. You try to convince them this is not a special deal for A&M, but needs to be done to benefit the entire state.”

“She fought on everything we tried to do, especially (funding) the Aggie Agencies,” said one legislator, who asked not to be identified. “When developing the bill she was not favorable to A&M getting additional money.”

Another legislator requesting to remain anonymous said: “In conference committee she definitely did not hold a position that I thought was constructive for Texas A&M.”

Sharp said Kolkhorst was the only member of the Legislature that opposed the extra funding for A&M.

“Obviously, we did a poor job in explaining the value of A&M to Senator Kolkhorst,” Sharp said. “We will try to do a better job in the future, but we are thankful for the overwhelming support of the rest of the state’s elected officials.”

However, Kolkhorst pointed out that she voted for all the bills that benefited A&M, while pointing out four senators and 15 representatives did not.

“I did not vote against HB 1000. There were four ‘no’ votes on that bill on the Senate side and 15 on House side,” Kolkhorst said. “I voted for HB 1000 on the floor, but voted against it in committee so that I could amend it with a bill involving textbooks. I ended up not amending my bill onto it.”

Kolkhorst acknowledged there was considerable discussion and haggling between the Senate and House, which proposed a richer budget for A&M.

“There was a lot of going back-and-forth,” she said. “But the record reflects my voting was all in favor not just for A&M, but for universities getting all those funds.”

Sharp said that the onus is now on him and the A&M System to use those funds wisely.

“Our job is to make sure their confidence is not misplaced,” Sharp said. “We must make sure we use the money in a way they’re proud of and, when building, making sure we’re efficient as possible.”